If you really want to know how to draw bubble letters, then you're about to learn a very interesting technique Yes it is accidental.

So first draw in the straight back as a vertical line, and then draw a curve that falls exactly halfway between that vertical and the full-circular curve of your original construction circle. Join the points of the X with short, curved lines bulging inwards.

However, I think these two letters remain very recognisable with circular sides, and bubblier that way. Based on D and B, you might think it would make sense to use long, shallow curves to represent the longer straight lines of 'A' and 'H', instead of letting them follow the original fatter curve of the construction circle. 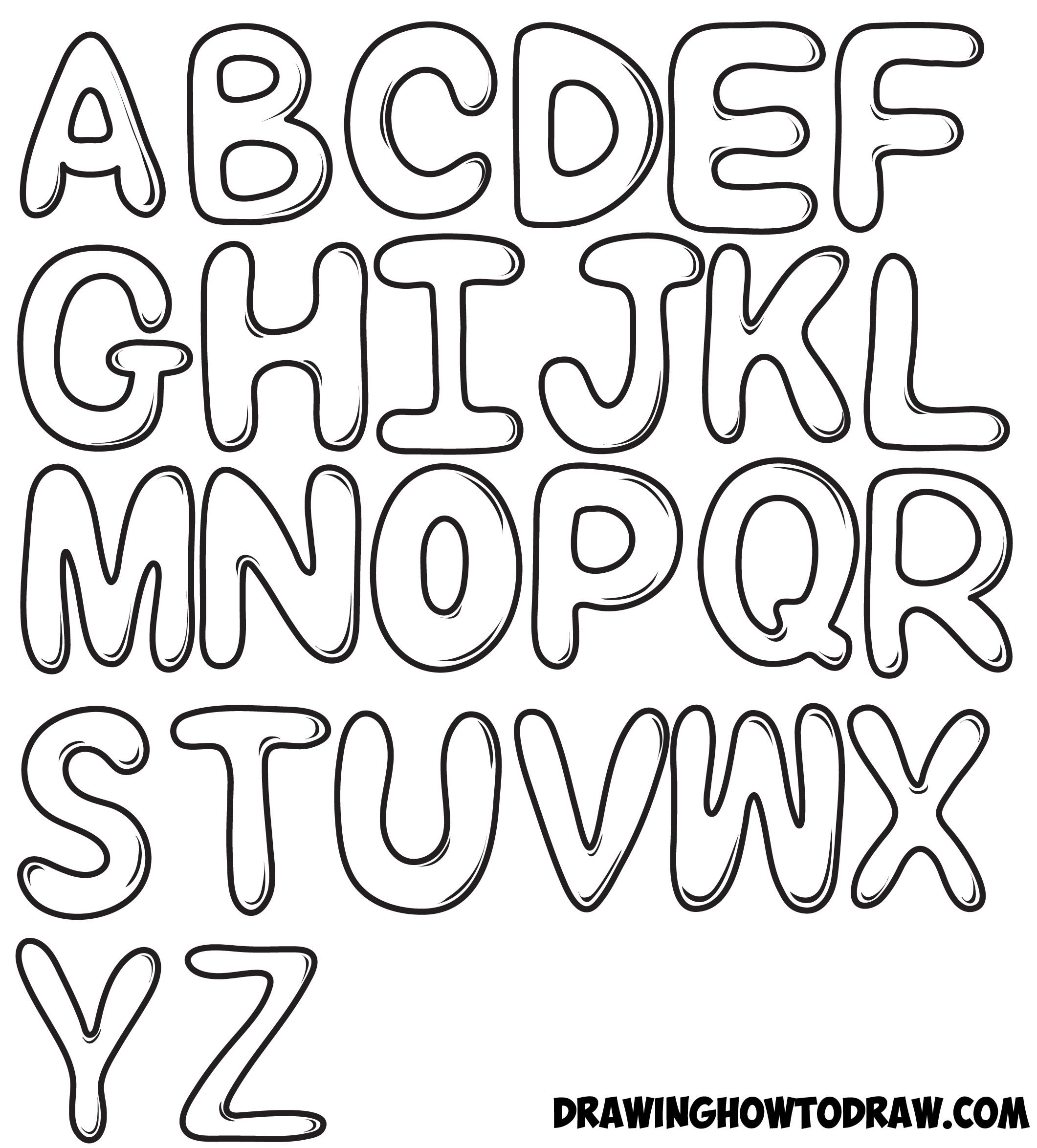 I've also grouped letters according to similar forms. It worked for a while but eventually I decided it looked too fiddly and not bubbly enough, and so I redesigned the letter for this simpler form.

In theory you could create just one letter, a kind of slightly pointy curvy thing with no right-hand 'leg', that would stand for both 'V' and 'U', the way the Romans did with monumental and rustic capitals.